Imagine not knowing where your child is. The fear. The worry. The sleepless nights. The helplessness. Now imagine being a 15 year old girl and thinking your boyfriend loved you. He is your whole world. Then one day what you think is a good thing turns dark. Before you know it your path feels like you are so far gone. This person has separated you from your family and friends. You feel as if there is no way out. No one to trust. It turns into a life of drugs, lies, and being physically as well as emotionally abused. You are held against your will and unable to make your own decisions. Unable to have your own opinions without being in fear. You are tortured in various ways such as: starvation, daily threats, affectionate behavior keeping you emotionally dependent, isolation, restricted movement. Day after day your value is being determined by your trafficker who cares nothing for you except for how much profit they gain. “Life is a gift of our Creator… And it should NEVER be for sale.” -unknown

I remember the day I became a mother. My immediate instinct was to protect, care, love and nurture my child. I was a week overdue and they finally induced me. I labored for 22 hours. So much excitement had built up and then with a blink of an eye I finally held my sweet boy. It was like a new part of my life began in that one instant. Everything changed. I felt a new purpose for my life. My husband and I had a new community of friends to share this new journey with called parenting.

This is exactly why we wanted to feature wonder-woman, Cara Deese. Cara is living out her vision of what she feels God has put her on this Earth for. This busy mom of three boys is known for her big heart of helping others. She is a force to be reckoned with! She is someone who takes action. She is energetic, caring, hardworking, a leader and most importantly a mother. I respect this beautiful woman for all the hard work that she puts into not only her family but also into End Slavery Tennessee.

Cara became involved in the fight against human trafficking through the Junior League of Tampa. During this time she became involved in advocating for victims of human trafficking. She heard stories of victims that emotionally pulled at her heart. When she moved to Tennessee in 2014, she continued to volunteer with the Junior League of Nashville staying focused on trafficking. She says “I’m a YES girl”. Cara and Dana Hardy, are co-leaders of an arm extension of End Slavery Tennessee in Franklin, TN.  Cara described herself by saying “I’m a collector and gatherer that’s my gift”. She loves to be able to recruit, educate, and advocate in order to help put an end to the second most organized crime in the US. End Slavery Tennessee helps offer safe houses for those over the age of 18 as well as continuing care treatment for wounds, scars, and drug rehab to the survivors of human trafficking. The legal definition of human trafficking is “an act or attempted act of recruiting, transporting, transferring, harboring or receiving a person by means of force, abduction, fraud, coercion, purchase, sale, threats, abuse of power for the purpose of exploitation”. The statistics are terrifying and bring me to tears trying to digest these numbers.

·         1/3 of runaways are approached by a trafficker within 48 hours with about 90% of runaways ultimately ending up in commercial sex trade.

William Wilberforce said “You may choose to look the other way but you can never say again that you did not know.” It has to stop. “If you have God on your side it is always a good thing”, Cara says.  If you look in the news you will find story after story of human trafficking no matter where you live even in beautiful Williamson County. It is in all of our backyards. The Tennessee Bureau of Investigation (TBI) states “The commercial sex industry has moved from the street corners and back alleys to computer screens and smartphones… The ease of using the internet enables pimps and traffickers to exploit women and children anonymously.” End Slavery Tennessee, which is a faith based organization, works with the TBI and Department of Children Services (DCS). When they get a call they contact End Slavery Tennessee. The push is to help these survivors heal and help them gain the skill set to live on their own with therapy being the main focus. Many victims may suffer from anxiety, panic disorder, eating disorders, trust issues, self-mutilation, substance abuse, and/or suicide behaviors just to name a few. These problems stem from the torture they suffered during their time in the world of human trafficking. Typically, survivors are in safe houses for 6 to 12 months where they gain a sense of community and family. Cara wants people to be knowledgeable and educated on this issue of human trafficking realizing it is everywhere. “The demand must stop” she states and “We all have the power”. Don’t be a vigilante call the police and help stop the demand.

This mom of three has been drawn to this cause and she works hard trying her best to bring awareness to this issue. She knows this may only be the tip of the iceberg when it comes to fighting the second largest and fastest growing organized crime but each one of us can help make a change. Cara wants to make a difference through advocating for all victims of human trafficking. She hopes to educate and change the opinion of the public so people can see this crime for what it truly is…horrific. She wants to raise the number of advocates and lower the demand. As Hebrews 13:3 says “Remember the prisoners as if chained with them”. Don’t just have apathy… ACT.

If you see something call: 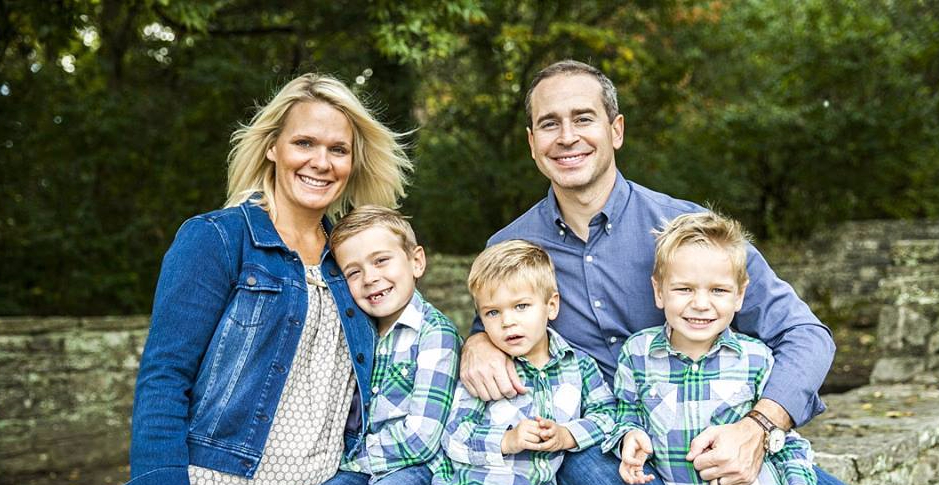 *Facts found on several websites such as: Do Something, The Polaris Project, The National Human Trafficking Hotline , Second Life Chattanooga, TBI government and End Slavery Tennessee .

View all posts by bperdy

2 thoughts on “Do Something”

B. Perdy is all things about us, food, design and sharing the stories of women in our lives who have touched and inspired us and those around us. Email us at bobbieperdy@gmail.com with questions.